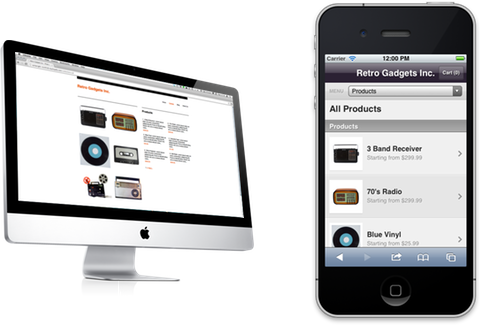 It has now become a very common fact that people use their advanced Smartphone for accessing all types of information. More number of customers is making use of Smartphone. Thus, mobile applications are really the great platform where a business and its customers connect with each other in the simplest way. As a result of this kind of practice, the business owners tend to alter their business practices. They think that it would help them to reach their large number of customers.

Mobile- as the more convenient device than desktop

Obviously there are some factors for which I favor mobile more than desktop, while using internet. The best feature about mobile is that I can use their online apps very easily. I can download it on my handsets and use them at anytime when I wish. In addition to this, it is also possible to get notifications about all the special offers and deals that are related to any particular company. This feature of direct personal link gives all other customers a special feeling. I can not only receive the notifications, but will also be able to schedule some appointments at any time. There are several websites that have come up and make the most out of this feature. For instance, Myntra is also one of leading online fashion dealers of India, has planned to go app-only. It has decided to remove its own web division to turn out to be just a mobile entity. It has realized that 80 percent of their visitors come from the mobile platform. The sales rate is also higher on contrary to its desktop platform.

On the other hand, internet is needed in some of the desktop apps. The data of the users are placed in the web application servers, thus the customers do not have control over that, and they do not recognize where and what is done with this. Mobile applications also act as the container for any traditional content like films or games. Free apps, which offer additional value to all the users, are also one of the interesting factors that make mobile apps more popular. Thus, with the increasing exploitation of Smartphone, online shopping destinations like Myntra wants to become something more than merely a catalog, which is not basically possible while working on desktop.

According to my experience, one of the unique features of mobile apps is that they are these are sensitive to location. Mobile apps are usually at their best when they are location sensitive. Accessing the system of GPS for any location enables the app to lookup appropriate data, exhibit sites on map and many more. Geo coding compels the developers of apps to think in some new ways on the relationships of data.

Again a major disadvantage of any desktop app is that if there is any minor problem, this is expected to get solved till the next release. Unless there is any security related modification, in most of the cases the developer ignore the update of desktop app. On the other hand, as a mobile user, I can expect regular updates on the mobile apps. These updates may be the introduction latest features, development in user experience or fixing of bug. Updating an application is flawless and there is almost no loss of data. Moreover, I can start utilizing the updated application instantly after it is updated.

As a whole, the mobile apps are better than the desktop apps in every aspect, and thus most of the users show inclination towards this app.