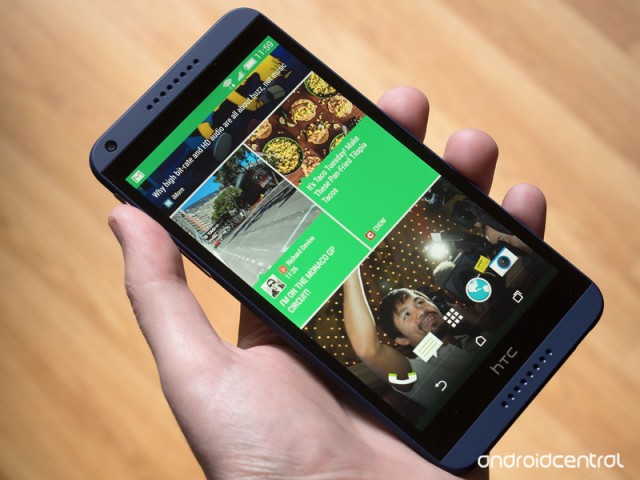 The HTC Desire 816 offers the 5.5 inches with the Super LCD2 display technology, which has the capacitive type touch screen with the 720 x 1280 pixels resolution. In HTC Desire 816 you can find the Qualcomm MSM8928 Snapdragon 400 chipset with the Quad-core 1.6 GHz Cortex-A7 processor, which has the Adreno 305 GPU and Accelerometer, proximity and compass sensors. In HTC Desire 816 have the 1.5GB RAM memory and the 8GB internal memory, which can be expandable up to 128GB by additional micro SD card.

In HTC Desire 816 you can find the 13 mega pixels primary camera and 5 mega pixels front camera, which has the additional camera features such as the touch focus, face detection, Geo-tagging, image recording and much more. The HTC Desire 816 runs under the attractive Android OS, v4.4.2 Kit Kat software platform, which has the HTML 5 based browser with Java MIDP emulator.

Connectivity and other features:

The HTC Desire 816 offers the attractive connectivity features, which supports all kind of network generations, all Wi-Fi standards, Bluetooth v4.0 with A2DP technology, USB and much more. The HTC Desire 816 hits the great performance with the dual SIM card slots; one is for the Nano SIM 3G card and another one is also Nano SIM without 3G support. The HTC Desire 816 has the Non-removable Li-Po 2600 mAh battery, which gives the long life in standby and also in talk time.

You can grab your new HTC Desire 816 in different attractive colors such as Red, Gray, Green, White and Black. So read the review and match it with your need and expectations if matches procure your own HTC Desire 816.