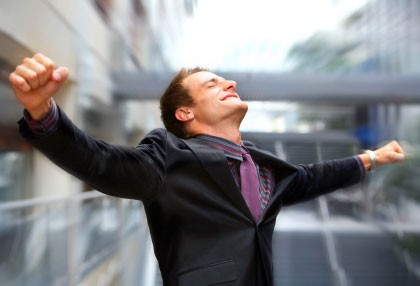 Everybody makes mistakes in business. It’s impossible not to – life is an ongoing process of learning, so you’re never going to know everything you need to when you start out. One way to reduce mistakes, however, is to learn from those who have gone before. The best lessons come not from those who have had it easy, but from people who have struggled and experienced setbacks before learning from their mistakes and going on to achieve success. That’s true of each of these people, and their examples illustrate that one of the most important things you need as a business owner is the courage to question your own assumptions.

The woman behind Prepwise and Prepwise Games, McKeon started out in consultancy before getting involved with education as an instructor at Manhattan GMAT. The time she spent working for other people taught her many valuable lessons, the import of which only became clearer as she worked hard to get her now successful businesses off the ground. This centered on an understanding of the people around her and recognition that they simply did not share her entrepreneurial spirit. Although they might still be good employees, their drive was limited, and that meant that she had to be careful when choosing and leading her core business team. She learned not to assume that because she was willing to work hard toward future rewards, they would be too, and this changed the way she approached assessing her business’ capacity and making plans.

Key lesson: don’t project your feelings onto others. Recognize that they have their own strengths and weaknesses.

A graduate of Yale and Harvard, Rosenkranz got off to a good start in life, but he still had a lot to learn as he rose to become CEO of the Delphi Financial Group. If you’ve read about Robert Rosenkranz on Forbes, you’ll be aware that he is a man of diverse interests, and this presented challenges as he developed his approach to business, because it represented a constant temptation to take on too much or to focus too broadly. What he did to overcome this was to make those interests a virtue, by using them to inform his philanthropic activities. A firm believer that philanthropy is not only good for society but is good for business, he encouraged others in the companies with which he was involved to engage with the idea of corporate donations and sponsorship, as a means of building up a good reputation with the public (including many potential shareholders) and establishing strong community connections.

Key lesson: look out for ways of bringing your existing expertise into your business and using your passions to help you connect with others.

Now well known as the CEO of Circa, Galligan founded several other companies before he really found the approach that was right for him. A laid-back Midwesterner at heart, he’s also a coffee lover, and it is perhaps the capacity to adjust his pace that has benefitted him more than anything else. The most important lesson he has learned in business, he says, is the importance of balancing careful deliberation with quick action. While many business people are too impulsive or are too reluctant to act in case they make the wrong decision, he says he simply thinks things through until he thinks he understands what’s best, then acts. The real trick is not to waste time on regret if it turns out the decision was wrong. Changes can always be made later, but inaction guarantees achieving nothing.

Key lesson: use your head, but once you’ve done so, trust your gut.

By absorbing these lessons into your own approach to business, you can get ahead more quickly. Just remember that if things go wrong, that’s a learning opportunity too.