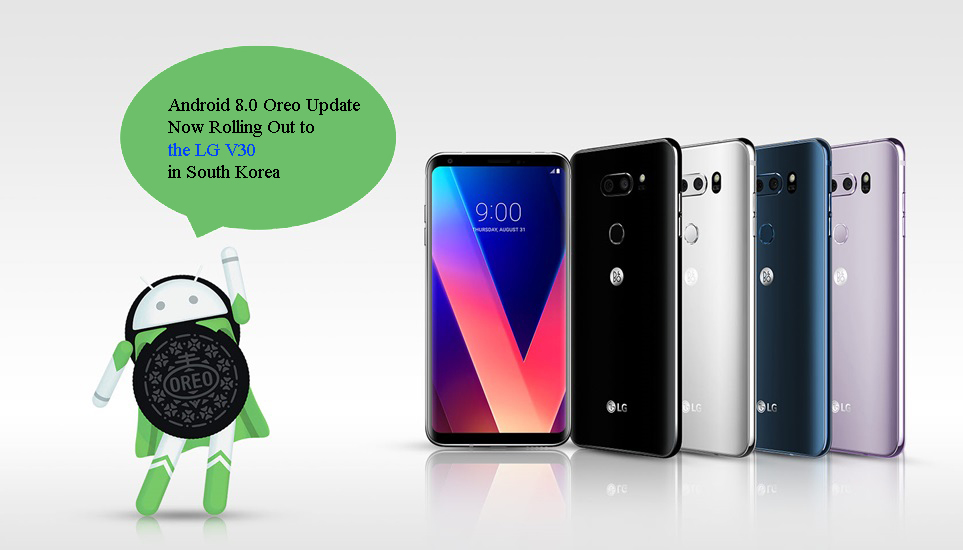 After a preview program on last month, today LG Company has stated that LG V30 is rolling out Android 8.0 Oreo update to the LG V30 in its motherland of South Korea.

LG originally opened up its Oreo beta version to just 500 customers received, but now it’s raised the perfection to everyone.

On LG’s blog post about the announcement, the LG Company mentions typical Oreo additions such as PIP, but LG also calls out some of its own improvement in the very rough translation of the post.

Google’s latest OS ‘Oreo’, speed performance, battery enhance and regular performance, as well as enhance the display configuration; graphics and suitable features were added. You can also enjoy numerous accessibility functions such as adding picture-in-picture that allows users to watch videos and continue viewing images on a small screen even when another application is performing, and HQ-resolution sound source LDAC that minimizes sound source loss.

If you’re living or staying in Korean city with an LG V30, you’ll be able to get the Android Oreo update right now either through an OTA or through a wired update.

But, LG has yet to reveal any info on when the update will expand to other countries, such as the United States. Hopefully, we’ll get that sometime early 2018.