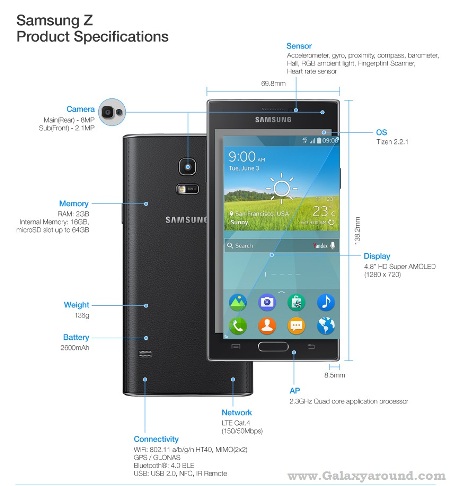 Are you getting bored to use the android based smart phone? The Samsung will launch its world’s first Tizen operating system based smart phone called Samsung Z. The Tizen already hits the Russian market, now it’s ready to knock all the countries market with the unique. The Tizen is the Linux based operating system, which is the open source platform and compatible with the other OS such as IOS and Android. Let’s read the review and get the idea about the complete specifications of the Samsung Z.

The Samsung Z offers the 4.8 inch super AMOLED display and powered by the 2.3GHZ quad-core processor made by the Snapdragon 800 run with the 2.2.1 Tizen operating system, which has the 2GB RAM memory and 16GB internal memory and it can be expandable up to 64 GB with the help of additional micro SD. In Samsung Z have the 2600mAh battery 2.1mega pixel secondary camera and 8 mega pixel primary camera, where you can find the finger print sensor at the home button and heart rate monitor on the back. 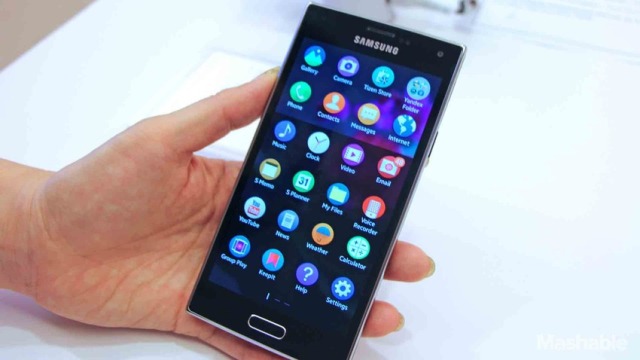 The Samsung Z can sense all kind of shocks with the help of the LTE-A, NFC and an IR sensor, which is available in available in Golden and Black color with faux leather backs. In Samsung Z you can find many options under connectivity feature such as 3G, 4G, Wi-Fi, Bluetooth, GPS and Micro- USB. The Samsung Z other feature are similar to the Samsung galaxy S5, which is the gateway for the Tizen future.