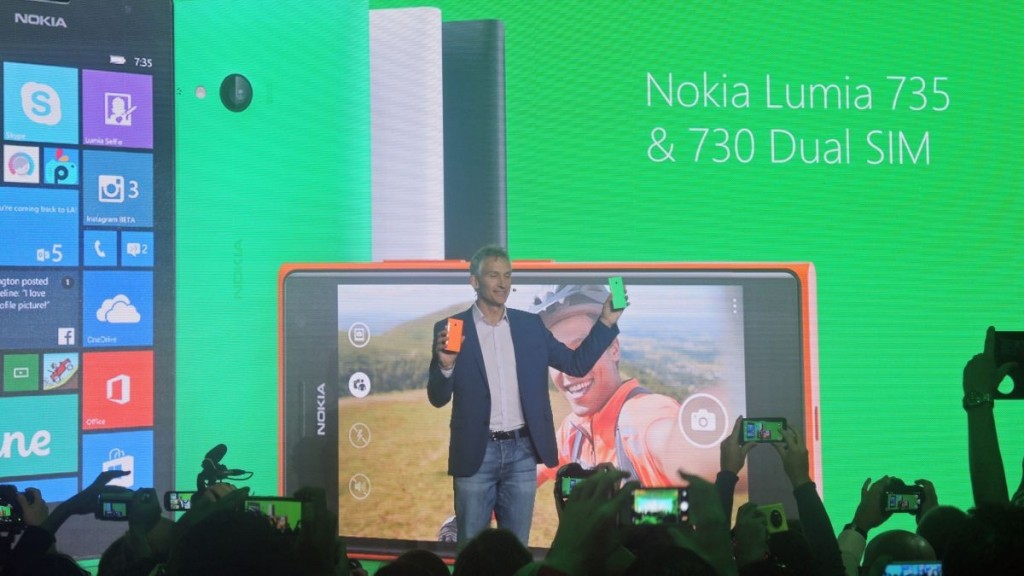 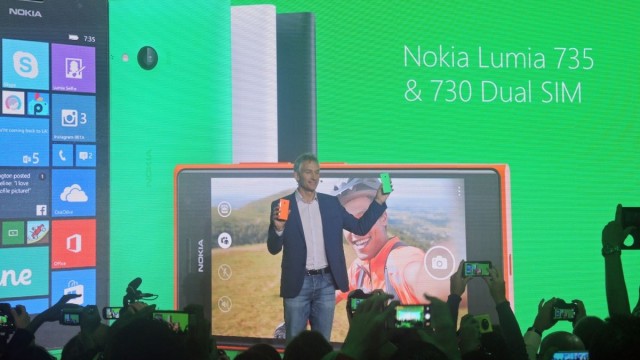 Nokia official informed about the new couple of unveiled mobiles Nokia Lumia 730 and Nokia Lumia 735, Let’s see how it differs from its predecessors and what are the important features and specifications of its.

The price of the new Nokia Lumia 730 Dual SIM will be 199 Euro and the Nokia Lumia 735 will be 219 Euro. The Nokia Lumia 735 boost by the 1.2GHz Qualcomm Snapdragon quad-core processor, which has the 1GB of RAM and 8GB of internal storage, you can also extend your mobile memory by using the MicroSD up to 128GB.

The Lumia 735 will impress you by 4.7inches display with 720p, 316ppi of pixel density with OLED display, which is available in green, orange, white and dark grey, and the removable 2220mAh battery also an another reason boost it.

We all already know that the Nokia has been running under the windows Microsoft in that list the new Nokia Lumia 735 also runs with the back bone of Windows 8.1, which has the features of faster camera, better notifications and improved accessibility. It also has the 134.7×68.5×8.7mm dimensions and weighs 133g, so you can handle it anywhere easily, which offers 5Mp wide-angle front-facing camera to take the selfies with the good and 6.7Mp rear camera for snap your best moments with the features of Zeiss optics and an f19 aperture.

A free three-month Skype premium package will be supplied along with the 730 Dual SIM and 735.