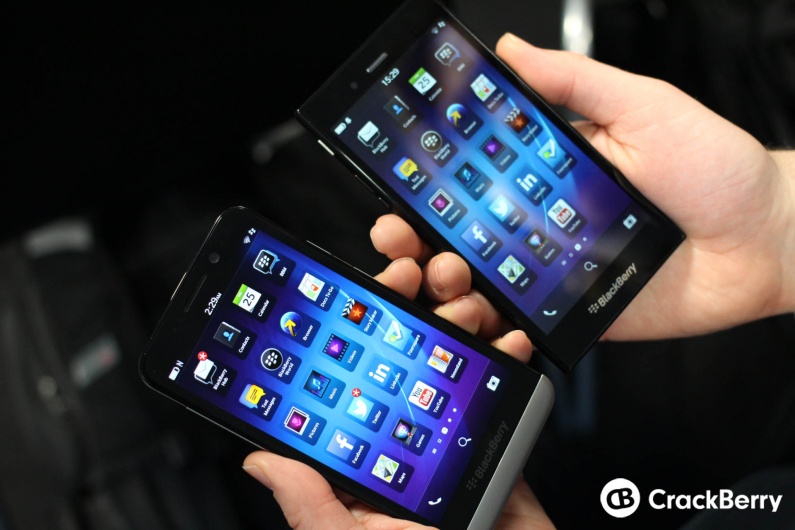 BlackBerry recently have launched its low cost touch screen Smartphone in Indonesian market priced less than $200 and the Z3 was about to be launch in India at the end of this month. The BlackBerry Z3 was the first first devices being made with FIH Mobile Ltd which is well known for building devices such as Apple iPad and iPhone. The Smartphone is expected in the Indian market at the price of Rs. 12999.

The BlackBerry Z3 is full touch Smartphone that is designed with the 5 inch capacitive touch screen display with the resolution of 540×960 pixels along with the pixel density of 220 ppi. The Smartphone running on the latest version of BlackBerry 10 OS version 10.2.1 and gets powered by a 1.2GHz dual-core Cortex-A7 Qualcomm Snapdragon 400 processor, accompanied by 1.5GB of RAM and Adreno 305 GPU.

The BlackBerry Z3 packs a 5-megapixel primary shooter with the pixel resolution of 2,592 x 1,944 pixels resolution.  It also features a 1.1MP front camera for video calling. The BlackBerry Z3 comes with 8 GB of internal storage that can be expandable up to 32 GB microSD card. In terms of connectivity, the Blackberry Z3 comes with 3G, Wi-Fi, Bluetooth, GPS, USB, NFC and Micro-USB.

The Blackberry Z3 packs a 2500mAh battery, which is expected to deliver up to 15.5 hours of talk time and up to 384 hours of standby time. However, the Smartphone offers the decent battery power so you don’t need to worry about travelling longer and can enjoy the music, and you can carry on your day to day activities.

The BlackBerry Z3 houses some of the other features to make the device useful and also for keeping it interesting for each passing day. The Blackberry Hub and BBM keep you connected personally and professionally, apps like Time Shift & Story Maker makes the phone more enjoyable.

Overall, the BlackBerry Z3 is the classic Smartphone that makes your work simpler. Try it out!