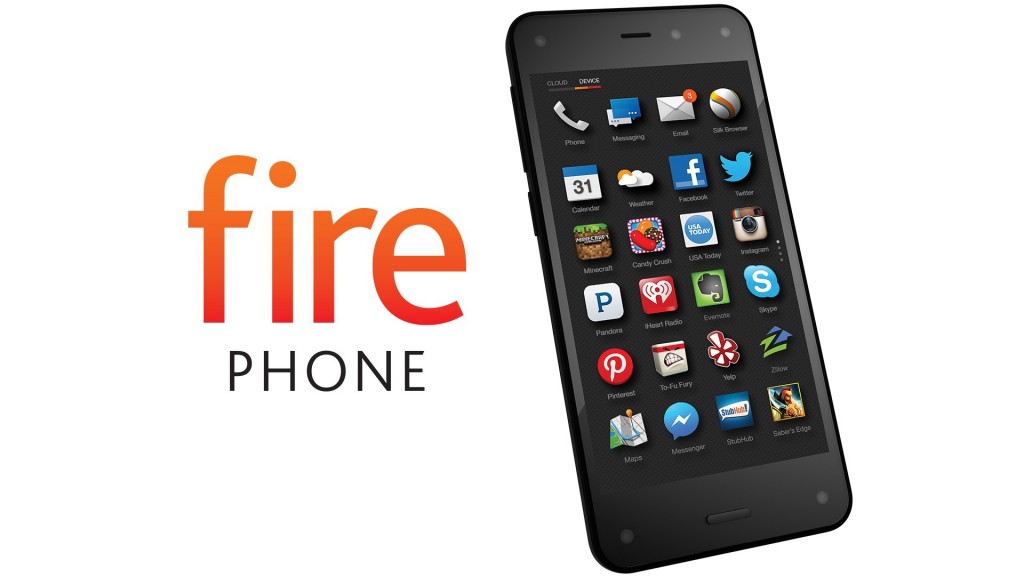 Amazon developed its new Fire Phone with the better and exciting features, including 3D-like visual effects and a semantic visual search app and more. Let’s see what is new in the Amazon’s Fire Phone.

The Amazon Fire Phone body has 139.2 x 66.5 and is 8.9 mm thick and 160g weighs protected by Corning Gorilla Glass 3 on both the front and the back, which is the 4.7in Android Operating system based Smartphone. 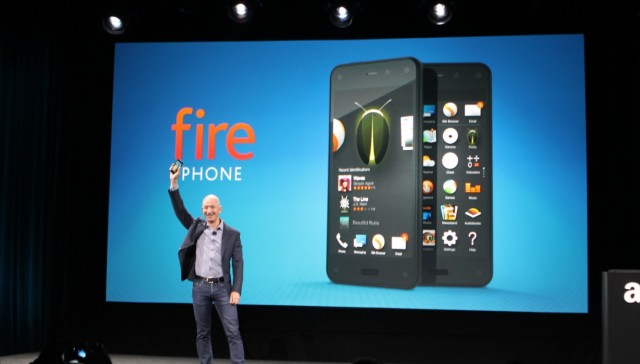 The 4.7in display is an IPS LCD capacitive touch screen, boasting 16M colors, which has the resolution of 720 x 1280 pixels with density of 312ppi. Fire phone is powered by the quad-core Qualcomm Snapdragon 800 CPU with 2GB RAM, so performance should be good enough, you can get this mobile in two versions such as the 32GB or 64GB no storage expansion slot, and Adreno 330 GPU takes care of graphics performance. 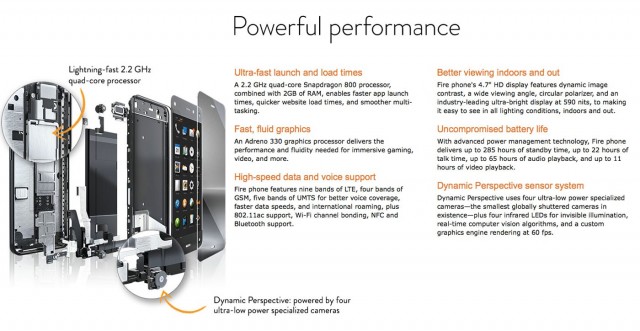 The Amazon’s Fire phone has the features as 4G LTE handset, with GPRS, EDGE, 802.11 a/b/g/n/ac dual-bands Wi-Fi, Bluetooth 3.0, NFC and USB connectivity via a microUSB 2.0 charger/connector ports. Apart from that the fire phone boost by the stereo speakers, 13Mp rear camera with 4128×3096 pixels of resolution, optical image stabilization, autofocus and LED flash, which allows you to capture 1080p video at 30fps, and there’s a front-facing 2.1Mp camera for selfies and video calls.

It includes other important features such as the Firefly, Dynamic Perspective and gesture navigation.

The Fire Phone has five cameras on the front, one is at the usual front camera place and another four placed at the corners. These cameras have wide, 120-degree fields of view and infrared sensors, which track your head location and simply move the screen as per your head movements this is the Dynamic Perspective shift.

These are the important features you must know as a user.