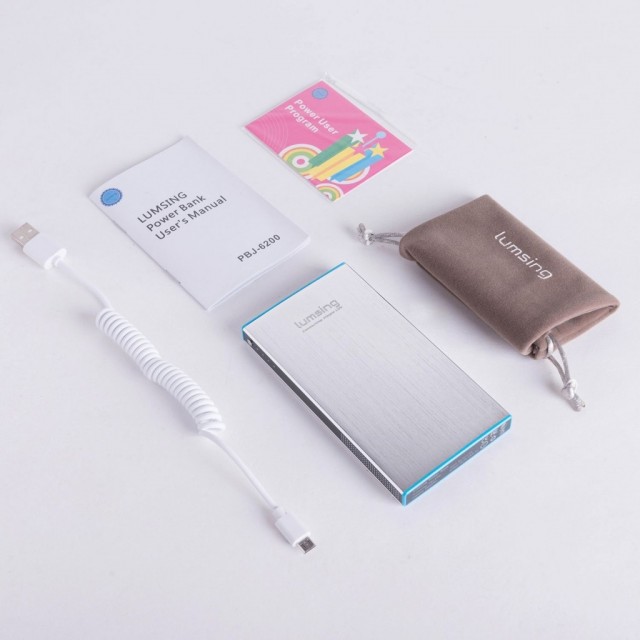 Recent decade have changed a lot because of smart mobiles and many other digital equipments, which leads to the manufacture of power banks to keep on working with these devices, in that list so far we discussed Tylt stylish Energi 5K+power bank, EC Technology 18000mAh battery pack and more, let’s see new Lumsing’s Power Bank’s review how it will be a best travel time companion,

The Lumsing Power Bank is somewhat worthy than the Tylt stylish Energi 5K+power bank, because it reached the market with the capacity of 10400mAh. It weighs 159g which is less than the Weight 172g iPhone 6 Plus, Weight 167g Lumia 930 and more, so it is easy to carry on your pocket without any uncomfortable zone and it also measures 138x59x20mm. 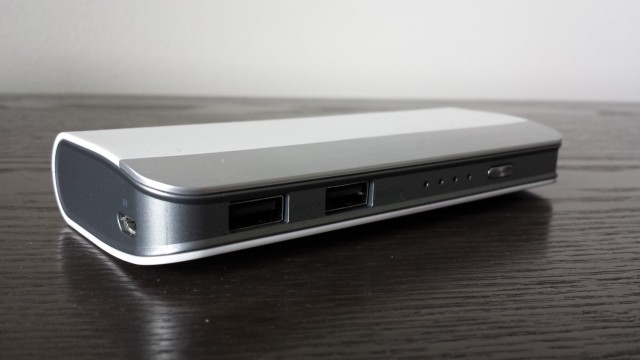 The same height as our Samsung Galaxy S4, but a little chunkier and about two thirds of its width, and it is available on Amazon at the cost of £17.99, so you won’t need to guard it with your life, along with it you can find a soft case to protect it from any mud splatters and accidental damage.

The Lumsing Power Bank reached the market with the shiny black or white cover and it added with a brushed-metal-effect band on the top and a silver plastic edge, which looks surprisingly pretty so it impress people more by look as well as its low price.

If we go deep into the technical part of it, we can find is a Grade A Samsung lithium-ion cell inside specified at 10,400mAh, prominent goal of the Lumsing Power Bank is it never got any warm during our tests, and is also designed in way to avoid overcharging and short circuiting, over current and overvoltage, so you can charge your devices many times and it will share the power based on your devices battery capacities.

Lumsing shows in guide, it can able to charge an iPhone four- to five times, a Samsung Galaxy smartphone three times, and an iPad once, which has two USB outputs first output is specified at 1A, and the second is 2.1A output offers a faster charge. You can find the power button and four blue LEDs to indicate the level of charging.

Read other power banks review also and buy the right choice as per your need.