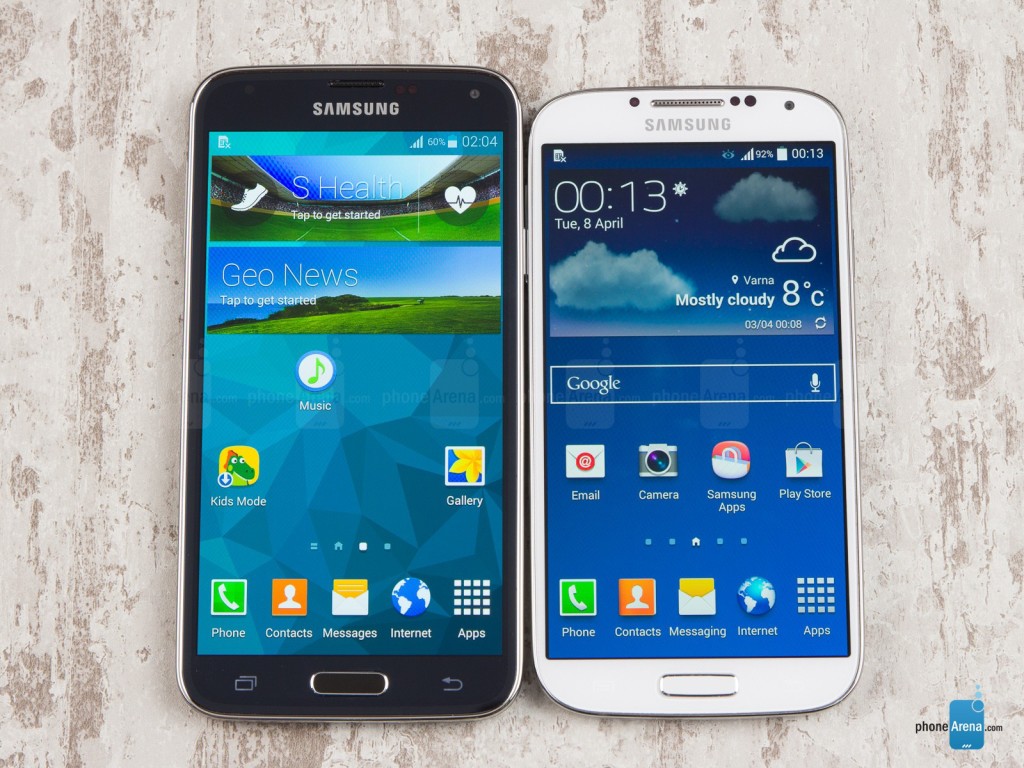 Whether you are having previous version of Galaxy or non galaxy user read our comparison about the Samsung Galaxy S4 versus Galaxy S5. Both may vary in design, display, performance and more but you can buy your galaxy S4 in $300 but you have to spend $ 550 for Galaxy S5, do you think that price is worthy for Galaxy S5 more than $150. Let’s read and know in detail.

The galaxy S4 powered by the 1.9GHz quad-core processor and the Galaxy S5 has a 2.5GHz Qualcomm Snapdragon 801 processor and GPU also upgraded to Adreno 320 to Adreno 330. So you can find better performance in Galaxy S5. In memory management you can find the microSD slot additionally to increase the internal memory up to 128GB but S4 is allow only 64GB.

Galaxy S5 offers same wireless features as S4 but you can’t find wireless charging as Nexus 5 and it has the 16 mega pixel rear camera with 1/2.6′ larger sensor and other features so S5 is better than S4 in camera vice. It runs with the Android 4.4 KitKat and also has the better battery life than the GS4. You can get this S5 mobile in varying prices $445, $416 and more.